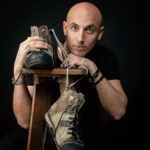 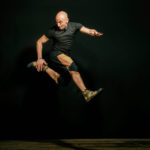 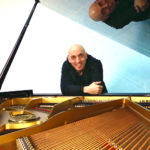 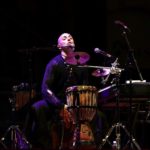 Salvo Russo is a body percussion teacher and instructor, who regularly holds training courses about body music and musical didactics, both in Italy and abroad.

He is the Body Percussion performer in the cast of CLAUDIO BAGLIONI “Dodici note – Tutti su!”

He is part of the faculty of teachers and performers of the Chicago Human Rhythm Project (USA) as a Body Percussion coach at the Chicago Rhythm World 29.5.

Salvo Russo has been a member of the All Stars U.S.A. Cast 2019 in Antalya (TURKEY), together with STOMP’s Khalid Freeman and Keith Middleton, beside many other artists from the Cirque du Soleil crew, under the artistic direction of Giulio Scatola.

He is part of the Clarinet and Body Percussion Project, created by the clarinetist Alessandro Carbonare, with whom he made his debut during the 2017 International Festival and Summer Academy of the Accademia Chigiana, in partnership with the University of Siena.

He has founded and directs Flamenco Tango Neapolis (FTN), a project born in 2010 which aims to link the sounds of the Neapolitan classic tradition with flamenco and Argentinian tango, through the music and the dance, creating an original fusion of different styles. FTN has attracted the interest of critics and large audiences, and has been performed in many important festivals and music events in Italy and abroad, some of which are: “The Concerts in the Park” at Casa del Jazz in Rome, Ankara Flamenko Festival, Narnia Festival, La Mama Spoleto Open, Muntagninjazz Festival, Festival Duni, Florence Dance Festival, Flamenco Tango Jazz, Folkest and many more…

Salvo Russo has published two discographic works: Encanto and Viento. He also produced three theater shows: Encanto, Viento – Da Napoli a Siviglia… a Buenos Aires and Arrassusìa, all of which feature original songs and arrangements by him.

He’s also working on new publications to be soon announced.